From Popping Pills To Lasers

From popping pills to lasers and injecting your own blood... FIVE ways to banish baldness

Veronica O’Dwyer, 49, lives in Cheshire. For the past 15 years she’s had female pat 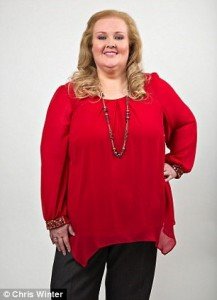 When I first saw my GP six months after I’d started losing my hair, he said it was normal — until I turned up with a plastic sandwich bag full of all the hair I’d lost in a week.

Blood tests came back normal, so I was referred to an NHS dermatologist who diagnosed female pattern baldness. I thought now they’d give me a lotion or a pill, but all I got was a prescription for a wig. I was only 38. It was devastating.

For a couple of years I used Regaine (a branded form of minoxidil, a drug that makes hair thicker) from the chemist, but the front of my hairline kept receding, which was mortifying.

On holiday I’d avoid the pool as when my hair was wet you could see so much scalp I looked bald.

I tried clip-in fringes, and even went on the mini Pill, in case female hormones affected it.

I ended up asking for a private prescription for finasteride. But it didn’t work and I had to resort to scarves and hats.

I was in an internet chat room when I heard about low-level laser therapy. Apparently, it increases blood circulation around the hair follicles. I found out about a helmet you can use at home.

You use it for 20 minutes every day — you don’t feel a thing. I started using it last September, but it wasn’t until January I noticed an improvement. I was under the bright lights at the hairdresser and couldn’t see my scalp!

My hair is gradually filling in from left to right — for the first time in ages I’ve actually had to cut my fringe, though I’ve been told it will take at least another six months for the full results.

By Claire Coleman for the Daily Mail